This series is a longform version of an internal talk I gave at a former company. It wasn't recorded. It has been mirrored here for posterity.

Congratulations, your code looks good! Now all you need to do is put your application in front of your users to discover all the creative ways they'll break it. In order to do this, we'll have to create our instances, configure them, and deploy our code.

Amazon Web Services (AWS) is a common target for HumanGeo deployments. Traditionally, when one creates resources on AWS, one uses the management console interface. While this is a good way to experiment with an environment, it cannot be automated, nor can it be managed under version control. Amazon, recognizing that the web console is insufficient for serious provisioning and scaling purposes, provides a series of tools for application deployment. The one that best fits our needs is CloudFormation.

CloudFormation allows you to define your infrastructure as a collection of JSON objects. For example, an EC2 instance can be declared with the following block:

If you're familiar with EC2, much of the above should make sense to you. Fields with Ref objects are cross-references to other resources in the CloudFormation stack - both siblings and parameters. Once written, the JSON document can be uploaded to AWS and then run. What's really cool here is that we can do this with an Ansible task!

Since we prefer to maintain a separation between our instance provisioning and cloud provisioning scripts, our CloudFormation tasks usually reside in a standalone playbook named amazon.yml.

This will not only upload the stack template to AWS, but it also will instantiate the stack with the provided parameters, which can be either constants or Ansible variables. The world is your oyster! Unlike with other AWS wrappers, CloudFormation is stateful, storing stack identifiers and only updating what needs to be updated.

After working with CloudFormation at scale, some warts really started getting to us - many of which stemmed from the fact that the templating language is JSON. Updating a template is painful. Its usage of strings instead of variables makes validation difficult, and there can be a significant amount of repetition if you have several similar resources. Thankfully, there exists a solution in the form of the awesome Python library troposphere. It provides a way to write a CloudFormation template in Python, with all the benefits of a full programming language. The tropospheric equivalent of our Elasticsearch stack is:

Since we're using bare variable names, we can use static analysis tools like Pylint to validate the template. Additionally, now everything can be scripted! Want to make multiple instances with the same configuration? With JSON, you were stuck copy-pasting the same chunks of text multiple times. With troposphere, it's just a matter of wrapping the instance definition in a function and invoking it multiple times.

When you're ready to apply your template, simply execute it to get CloudFormation-compatible JSON, and you're good to go.

First, you'll need to make Ansible aware of your cloud instances. Sure, you could manually define the host IPs in your inventory, but that means you'll have to manually update the mapping of hosts to IP addresses any time you need to recreate an instance. If only there was some way to dynamically target these machines... 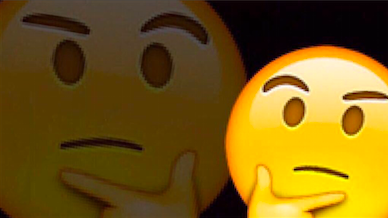 There is! Ansible provides a means to use a dynamic inventory backed by AWS. Once you have your credentials configured, you can use any set of EC2 attributes to target your resources. Since we tend to provision clusters of machines in addition to standalone instances, it'd be nice to have a more general attribute selector than tag_Name_project_es01. This can be accomplished by applying our own ontology to our EC2 instances using tags. Notice the Class tag in the CloudFormation examples above. While every Elasticsearch instance we deploy will have a different Name tag, they'll all share a Class tag of tag_Class_project_es. Get in the habit of using the project name as a prefix everywhere since tags are global for your account.

When using the dynamic inventory, plays look like this:

With that, ansible-playbook -i inventory/ production.yml --private-key /path/to/project.pem will target all EC2 instances with a Class tag of project-es and apply the common and es roles.

One other aspect of your cloud deployment is that it may require secrets. You may need to store passwords for an emailer or private keys for encrypted RabbitMQ channels. Under normal circumstances, these wouldn't (and shouldn't) be stored in version control. However, once again our good pal Ansible swings by to help us out. Enter, Ansible Vault.

You'll be prompted for a password. Remember this, as it's the only way you can decrypt the file. Now, lets add the variables to our file:

Save and exit. Ansible Vault will automatically encrypt the contents. Now, you can reference the secrets in your playbook:

Your roles don't need to know that the variables are encrypted, you can reference them just as you would any other variable. Decryption happens at runtime, and requires an additional argument be provided: ansible-playbook -i inventory/ production.yml --private-key /path/to/project.pem --ask-vault-pass. When run, Ansible will prompt you for the vault password. If it's correct, the file will be decrypted and the variables will be available for your tasks. If the password is incorrect, you're dropped back to the console and prompted to try again.

At this point, we're now able to fully provision our cloud deployments with Ansible. Most teams stop here, but we take it even further. It's immensely useful to developers and other stakeholders to see just how things are shaping up, and catch any undetected integration bugs. To achieve this, we turn once more to our friends, Ansible and Jenkins, to create a test environment for us.

First, in order to prevent bugs in test from affecting the production environment, we must instantiate a standalone test environment. It's up to you to determine just how substantial this abstraction will be. For our purposes, we'll be creating separate EC2 instances, but nothing else. This is where troposphere once more proves its worth. We can wrap the generation of the relevant stack components behind a function that returns either a set of "prod" resources, or "test" ones. For example:

Once those resources are instantiated, it's a simple matter of tweaking your production playbook to support test-environment specific features - e.g., enable verbose logging and debug mode.

This gets you most of the way to a fully automated test environment. However, there is the small matter of what actually triggers the Ansible deployment. Jenkins comes to the rescue… again. Since we're deploying from our main develop branch, we can set up a downstream project that provisions the test instance as follows:

You will have to make your private key available to Jenkins. If this concerns you, you can also provision an additional set of private keys solely for Jenkins, so, if you need to revoke access in the future, you don't have to go through the hassle of creating new private keys for the main account.

Now, when someone pushes to your development branch and the code is satisfactory (i.e., passing unit tests and lint checks), Jenkins will update the contents of your test server. Pure developer-driven architecture!

You can take this one step further and have Jenkins do something similar for your production environment, just triggered differently. This could utilize a GitFlow-like branching strategy where the master branch contains production-quality code, so updates there trigger a production deployment. Jenkins is pretty flexible, so, more often than not, you can contrive a combination of triggers and preconditions that will downselect to the conditions that you want to cause a deployment.

Congrats! Now that you've got a fully automated and tested workflow, what are you going to do? 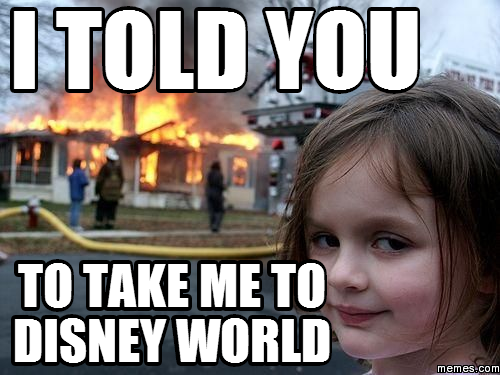 Nope. You've got this masterpiece, yes, but how do you know it's actually running? When one manually deploys code, one usually follows up by clicking around on the site, checking out system load, etc. Jenkins does nothing of the sort, and neither does your application. Without manually checking, how do you know that the last commit didn't have an overly verbose method that's spammed your system logs to the point you don't have any free space? Or, how do you know that Supervisord wasn't misconfigured and is actually stopped? Much like with Schrödinger's cat, you don't. Time to start monitoring our stack.

Thankfully, commercial and free monitoring solutions can do this for you (except for Nagios - please stop). If your disk is full, send an email to the ops team. If you're starting to see some slow queries manifest themselves, nag the nerds in your #developers Slack channel. The tool we've moved to from Nagios is Sensu.

Sensu utilizes a client-server model, where the central server coordinates checks across a variety of nodes, and nodes run a client service that executes checks and collects metrics. Each client-side heartbeat sends data to the central server, which manages alerting states, etc. We also run Uchiwa, which provides a great dashboard for managing your monitoring environment.

Internally, we run a single Sensu server, to which all of our clients connect via an encrypted RabbitMQ channel. The encryption keys (and configuration) are deployed to the clients via a common sensu Ansible Vault-protected role. What varies from deployment to deployment are the checks that are carried out. Within our playbooks, we define various subscriptions for a set of machines…

We then customize the block of tasks that provision our checks, using when clauses that test the subscriptions collection:

There are two awesome things going on here. The first is that Ansible ships with a Sensu check module. This is far nicer than maintaining our own templated JSON. Additionally, check out that hostvars statement! This taps into the power of the AWS dynamic inventory to allow for attribute lookups.

Whew! After all this, what does our final provisioning setup look like?

While what's been presented in this series may seem imposing, it really isn't if you take it one step at a time. Everything builds off the previous work, and even if you only implement a subset of the solution presented, you still get to reap the rewards of a better-managed, more consistent stack.